Although it survives only in fragmentary form,
this text provides a great deal of information
on early Irish marriage and on the resolution
of legal disputes involving spouses. Such
disputes may arise from a wide variety of
causes, including dishonest or neglectful
housekeeping, adultery, sexual neglect,
violence by in-laws, and the onset of illness.

The text concentrates on the primary wife
(cétmuinter), but there is also mention of the
secondary wife (adaltrach), whose legal status
is at a lower level. There are approximately
thirty-six citations from the Old Irish text
(c. 7th century), accompanied by extensive
Middle Irish commentary (c. 12th century). 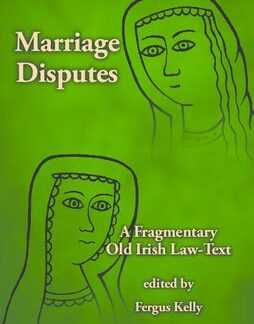