Satire plays an important role in many societies by drawing attention to the failings and shortcomings of either individuals or institutions. Its use is often regulated by laws governing libel and slander, which ensure that a person’s reputation is not unjustifiably damaged. In mediaeval Ireland, where honour and reputation were highly prized, satire was a particularly powerful sanction which was subject to legal constraints. It could take many forms, from mockery, ridicule and name-calling to vicious invectives and curses.

This book makes available a substantial corpus of material which gives the modern reader an insight into the nature and function of satire in Ireland prior to 1200. It consists of a miscellany of mediaeval Irish satires, an Old Irish tract on satire and an analysis of the language and imagery of invective. An important legal text is edited and translated and the significance attached to satire in the legal system of the period is discussed. 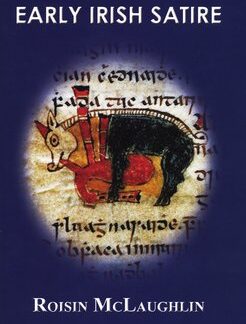