The Gaels of Ancient Ireland had a legal system of extraordinary sophistication. Extraordinary also was the extent to which they recorded and discussed their laws in bulky manuscript collections, begun around the 7th century and built upon for a thousand years thereafter. Fortunately, a large body of these unique legal materials has survived.

This book deals in particular with the law of contract in Ireland in the eight century. It describes the intricate rules designed to ensure fair bargains, and the way in which the law was shaped to accommodate the complex relationships between people in early Irish society. The book includes the first ever edition and translation of Di Astud Chor, the central law text on the subject.

Early Irish Contract Law covers a wide range of topics, from the enforcement of contracts and the remedies available for their breach to the institutions of marriage and kinship (there is even a detailed discussion of an ancient list of diseases affecting livestock). It will be of particular interest to those studying Celtic languages, Irish history, early Irish society, comparative law or legal history 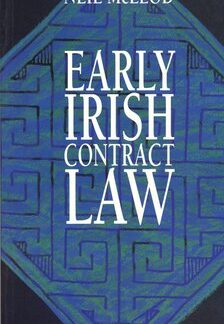