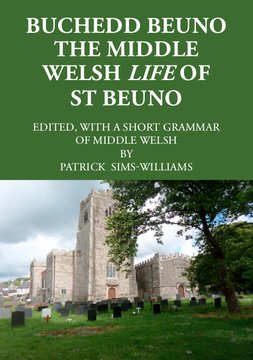 Beuno was a seventh-century abbot, active in eastern and north-western
Wales. The fourteenth-century Middle Welsh Life of St Beuno is an attractive
literary text which is also important historically, being based on a lost Latin
original, as shown in the comprehensive introduction to this edition. As the
language of the text is unusually simple, the edition is accompanied by a
Short Grammar of Middle Welsh and a full glossary so that it can be used
by complete beginners.

Patrick Sims-Williams is the author of several books including Religion and
Literature in Western England 600–800, The Celtic Inscriptions of Britain, and
Irish Influence on Medieval Welsh Literature.