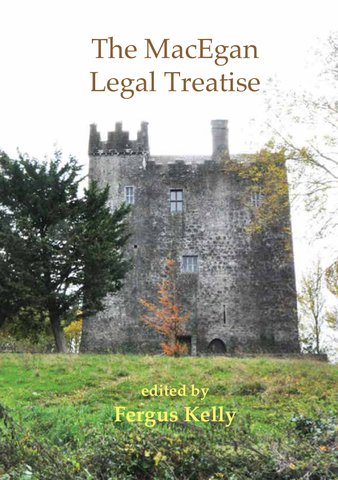 This Treatise is attributed to Giolla na Naomh Mac Aodhagáin (MacEgan), chief judge of the province of Connacht, who died in battle in 1309 alongside his king Aodh Ó Conchobhair (O’Conor). It is of special importance as it provides a professional lawyer’s account of Irish ‘Brehon’ law in the period after the Anglo-Norman invasion of 1169. The castle photographed here is Redwood (Coillte Ruadha), Co. Tipperary, occupied from the fifteenth to the seventeenth centuries by descendants of Giolla na Naomh.